Activists ask Amazon to halt plans to build on sacred land
SOUTH AFRICA | A recent ruling gave the company the OK to build its African headquarters at a Cape Town location, but Indigenous groups continue to push back. 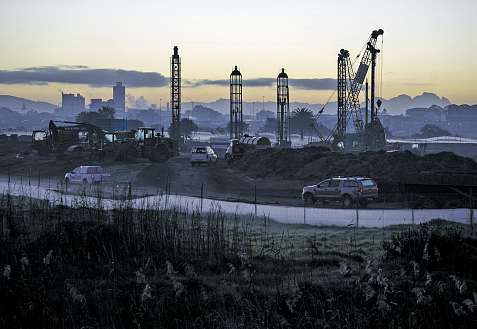 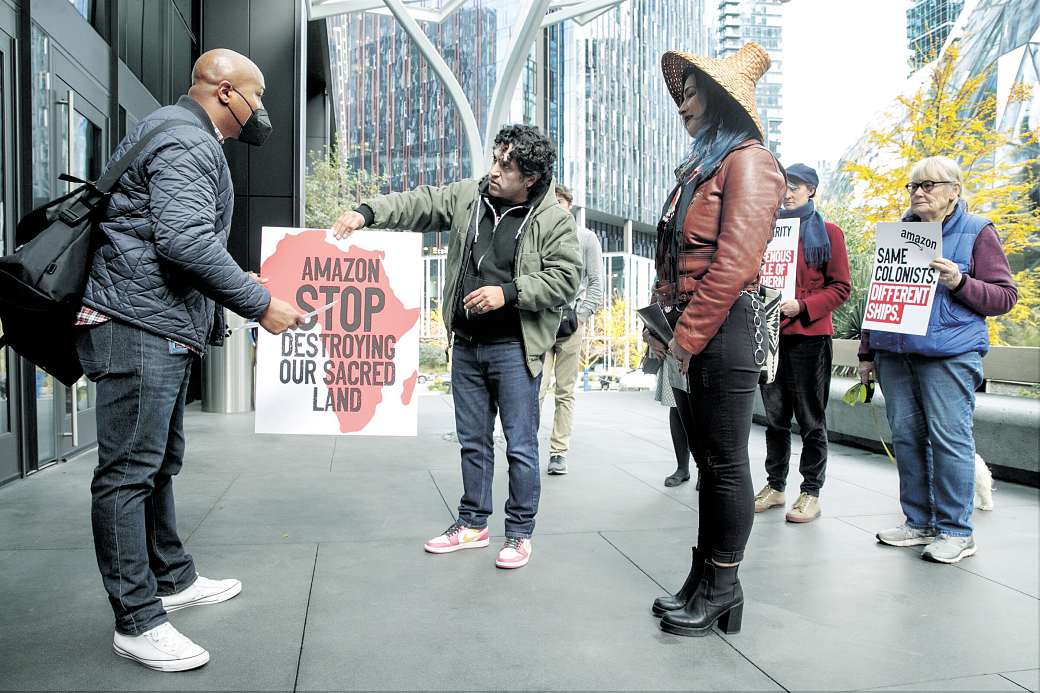 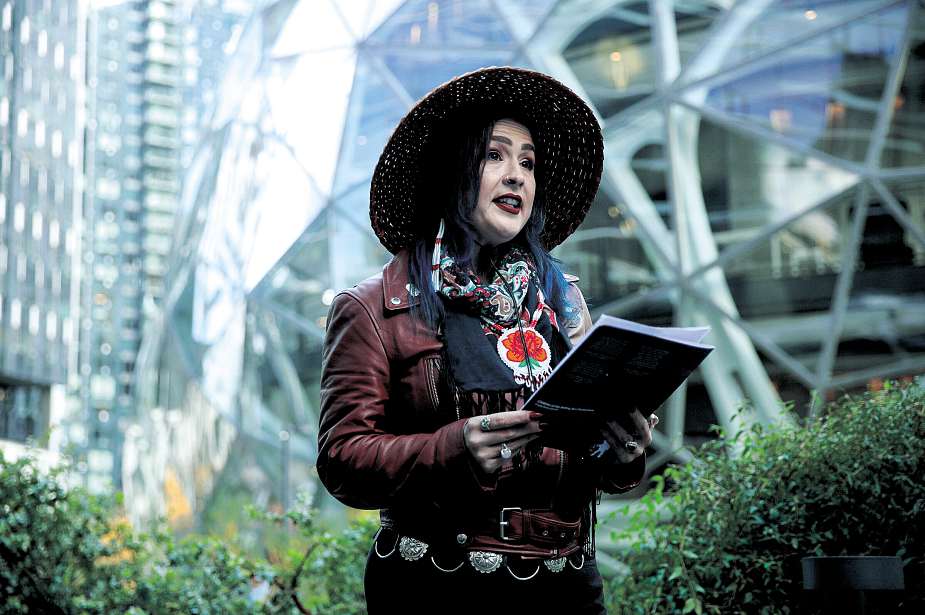 A group of activists is bringing a dispute from South Africa’s Cape Town to Amazon’s Puget Sound headquarters, hoping to stand in solidarity with some Indigenous people and appeal directly to CEO Andy Jassy.

Gathering recently outside Amazon’s Day 1 building in Seattle’s South Lake Union neighborhood, about five people delivered a petition asking Jassy to stop the construction of a new Amazon office on what some of the earliest inhabitants of South Africa say is sacred land.

The petition had more than 75,000 signatures from members of the Khoi and San tribes and others opposed to the development. The Liesbeek Action Campaign, a nonprofit leading the effort to preserve the site, is still collecting signatures.

In Cape Town, Indigenous groups have been fighting to stop construction of the $300 million, 37-acre development that is set to include offices, shopping malls and housing. Amazon is the anchor tenant for the development — called The River Club — and the company is planning for that facility to serve as its Africa headquarters.

Liesbeek Leisure Properties Trust, the group behind the development, says it will create “numerous benefits,” including thousands of jobs, subsidized housing, green parks and gardens, and infrastructure upgrades. Additionally, it will create a center memorializing the “cultural heritage associated with the area,” the trust wrote in a statement.

Amazon declined to comment on the petition or the development.

“If Amazon continues to ignore Indigenous voices in order to desecrate sacred lands, it is our job to bring those voices to them directly,”

Sasha taqʷšəblu LaPointe, an Indigenous author and poet of the Upper Skagit and Nooksack tribes, said last month as the group delivered its petition.

As a Coast Salish woman, she continued, “on my own ancestral lands, I have seen my own rivers and sacred sites taken. In my lifetime, I have watched salmon disappear and I have seen how hard my relatives have fought to defend what is ours.”

Now, “because of the strength I’ve seen and what I know we can do when we work together, I stand in solidarity with the Indigenous people of South Africa who have a right to defend what is theirs,” LaPointe said.

Indigenous groups in South Africa argue the land should be preserved as a heritage site, citing it as the spot of some of their people’s earliest resistance against European colonizers in the 16th century. The spot also has spiritual significance, they say, because it marks the meeting of the Liesbeek and Black rivers.

“The River Club site is [a] unique heritage and environmentally sensitive riverine area [that is] threatened by outsized, inappropriate development which negates the history of resistance by Indigenous Khoi peoples in the area,” read the petition delivered to Amazon’s South Lake Union offices.

The Khoi are a tribe of hunter-gatherers and are among the earliest inhabitants of South Africa, along with the San First Nation peoples. Construction at the site would erase “the deep cultural and spiritual links that they hold with the valley,” the petition continued.

The site has been planned since 2016 but a South African court halted construction in March amid concerns about the significance of the site. The court ruled the developers must have meaningful engagement and consultation with affected Indigenous peoples before moving forward.

That ruling was overturned in November, and developers were given the green light to continue building.

In the latest ruling, the court found the Indigenous groups had failed to demonstrate that the heritage of the site was at risk of suffering harm from the planned development.

Tauriq Jenkins of the Goringhaicona Khoena Council, a Khoi group opposed to the project, said in an interview with The Seattle Times the group will likely appeal the ruling.

“The fact that the developer has been granted permission to continue development on the land means the intangible heritage resources that are there” are at risk, Jenkins said.

Despite the court proceedings, construction has already begun, he added. The development could include up to 18 buildings.

The most recent court ruling alleged Jenkins had misrepresented the views of some Indigenous groups without consulting them.

“This judgment sends a clear message to those who have tried to stop the development at all costs, with little or no regard to the social upliftment of surrounding communities,” Liesbeek Leisure Properties Trust said in a November statement.

The judgment, the group continued, “is clearly in the interests of all Capetonians,” referring to the people of Cape Town.

In addition to the spiritual and historical significance, those against the new facility urged developers to consider the environmental impact of the project. Construction could aggravate flooding in the area and could harm the region’s groundwater supply.

All that could make Cape Town less resilient in the face of climate change and drought, the petition argued.

The developers argue that the new plans include “the major rehabilitation of the polluted and degraded waterways” near the property.

City officials have claimed the project will create 5,200 jobs during construction and an additional 19,000 direct and indirect positions after that.

The Liesbeek Action Campaign and other groups have contacted Amazon four times. The company has not yet responded.

“We urge Amazon … to allow our country to breathe,” Jenkins said.