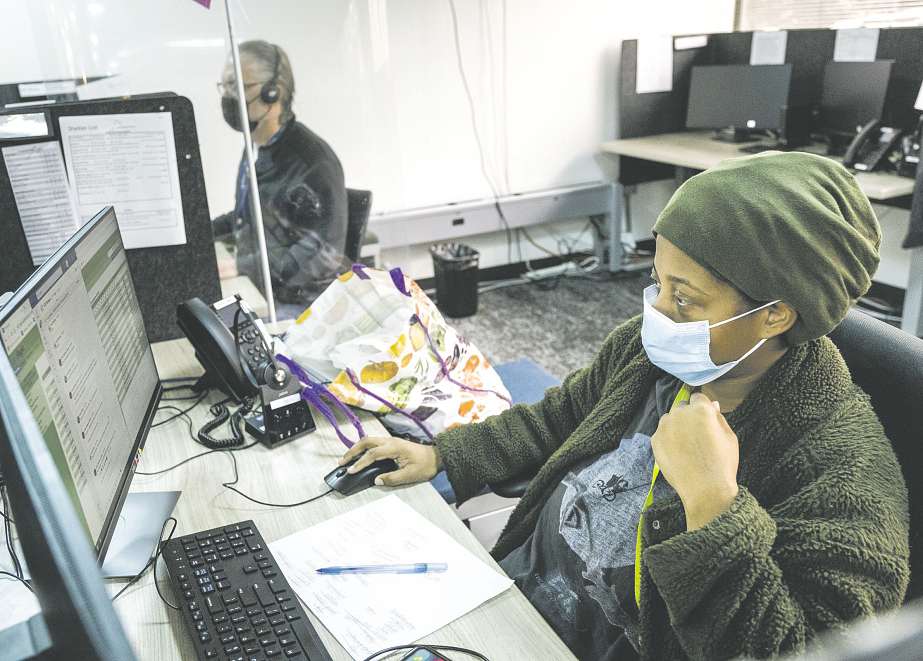 Starting Saturday, people in a mental health or behavioral crisis can call or text 988, a three-digit national replacement for local suicide hotlines and other helplines.

It’s the first step in a long process to improve crisis-response systems across the U.S. While questions have been raised about whether the hotlines are ready to go nationwide, operators in Washington state say they’ve been able to ramp up hiring and feel prepared for the launch.

The National Suicide Hotline Designation Act, a bill passed and signed into law in 2020, required states to launch 988 as a parallel system to the 911 emergency line. Washington state went one step further, and the following year passed a bill to fund and build new infrastructure for an integrated crisis system using a tax on phone and internet lines.

Now the goal is to wrangle the many existing regional phone lines for peers, veterans, youth, tribes and other resources into one connected super-system.

What to expect and when to call 988

People can call for themselves or family, and no crisis is too small; residents can call about their mental health, substance use, concerns for a neighbor or friend, or to connect to other resources like peer lines or chat and text lines for teens. Help is available 24/7.

Trained staff will provide an empathetic ear and connect callers to resources, including screening for higher-level crises like suicide attempts. (Active rescue is rarely needed; hotline officials say fewer than 2% of calls require an intervention.)

Calls are in English and Spanish, with other languages available through interpreters. Text and chat are English-only currently. Local suicide hotlines will continue operating for the expected future, though may merge eventually.

Michelle McDaniel, the CEO of Crisis Connections and a member of the Crisis Response Improvement Strategy Committee, a group of leaders tasked with planning the rollout in Washington, said her team is ready — they had a soft launch on July 5.

“We [now] have a 97% answer rate within 30 seconds. So we have gone from about 50% [before the full team was in place] to 97% or so, which means that we’re pretty much picking every single call up that comes from a King County area code,” McDaniel said.

Previously, calls would never go unanswered, but instead would be bounced to a backup call center in New York. They’re finally able to handle the call volume locally, “because now we have the funding to invest in this,” she said.

Crisis Connections hired 35 of 37 additional positions to help with the rollout. Volunteers of America, which will oversee calls across most of the rest of the state, has also hired 76 additional staff to prepare for the expected uptick in calls and texts.

Frontier Behavioral Health, covering the Spokane region, did not respond to a request for comment.

Administrators estimate about 128,000 statewide calls in the first year of the new line, but it’s hard to know how fast demand for services will grow or if staff levels will be enough to handle the increased volume.

What else will 988 provide?

In Washington, officials envision a slew of connected services through the 988 system, to be built out in the coming years.

This will include an integrated referral system and a crisis call-center hub. The referral system will have a mental health care provider directory accessible to the public, as well as an electronic health record system that will allow dispatchers to see mental health advance directives (a legal document that describes an individual’s wishes for medical treatment).

The call-center hub will connect the various hotlines, tribal lines and emergency-services dispatch centers into one platform. Mobile crisis teams and designated crisis responders could be sent out if necessary, and crisis staff would also see real-time availability of beds in their region — tools that would greatly connect the crisis system that is currently siloed among many networks.

Currently, the 988 system is set back by a technical issue, though. Callers will be routed to their phone area code, meaning a caller in Washington with a Florida cellphone number, for example, will be connected outside of the state first. The plan is to fix that and instead route callers to their actual location.

“The system’s being strengthened and built, it’s just not going to happen overnight,” McDaniel explained.

The next hurdle will be attracting and retaining additional staff with competitive salaries, she added.

Officials with the U.S. Department of Health and Human Services acknowledged this and other challenges, but lauded the Biden administration for investing $432 million total into the transition, up from the $24 million initially planned under former President Donald Trump.

At a news conference Thursday, HHS officials pointed to the work that’s already been done, such as building an entirely new text and chat response system in the span of a year.

“I want to remind folks it took over five decades for 911 and emergency medical services to grow and expand across the nation. And with the 988 Lifeline, we are posed for a much faster transformation,” one official on the call said.

Still, other experts foresee a bumpy transition. A RAND Healthcare report on 988 preparedness published in June found that among crisis staff nationwide, only 16% of survey respondents had developed a budget to support operations, and less than half of the staff were specifically trained to interact with populations like homeless adults or LGBTQ+ individuals.

With the rollout’s logistics being left to the states, the Pew Research Center noted the level of preparedness varies. For example, while Washington has allocated funds to operate the hotline, other states like Idaho have not.

McDaniel believes the Seattle area and Washington state are off to a good start. “We don’t have everything built out. But we’re on the journey,” she said.

“We need this. The community is still hurting.”

Esmy Jimenez is a reporter covering mental health for The Seattle Times.